The origin of Cortelazor dates back to Roman times. There is evidence of human habitation around
1,500 B.C.. The economy of Cortelazor relies mainly on small-scale production of cork, olive trees
and vineyards. There are also some small pig and goat farms.

The villagers are strong, hospitable people. Don’t be surprised if you are in the village square on a
Sunday afternoon and a plate of paella is offered to you. Such is the hospitality of the Spanish.
There are also various festivals which last until the early hours where you can really get a feel for
the Spanish way of life.

The Lavadero (public clothes-washing area) is situated on the river that flows through the village.
In the square near the over nine-hundred-year-old oak tree (Olmo) there is a typical Spanish bar
where you can sit down for a rest and a drink after a nice walk.

The village of Los Marines has been declared cultural heritage and the church of Nuestra Señora
de Gracia (Our Lady of Grace), which dates from the 16th century, has an impressive façade. Los
Marines was populated by Galician migrants in the 16th century.

There is a large, traditional Lavadero (public clothes-washing area) made up of characteristic long
white water troughs, with a roof and four public fountains.

The area is one of the finest in the province of Huelva, covered with dense forests of pines, holm
oaks, cork oaks and chestnut trees, which are typical in the Sierra de Aracena and Picos de
Aroche Natural Park, as well as the ubiquitous olive tree. Products from the surprisingly rich
farmland around Los Marines are chestnuts, potatoes and olives. In the area of craftwork, there are
baskets made of olive branches.

Like Cortelazor, Los Marines has many festivals (fiestas), the most famous is the Virgen de Gracia
Romeria (pilgrimage) on the last Sunday in May. The Virgen Gracia is carried to another chapel 2
km towards Cortelazor. During the Chopo fiesta in June, a large poplar tree is planted in the Plaza
Carlos III, to later be substituted by a pine tree during the fiesta of San Juan.

The village has some nice traditional bars for snacks and refreshments and two grocery shops. 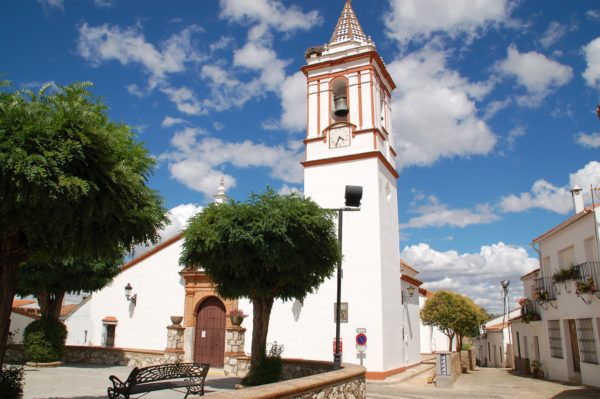 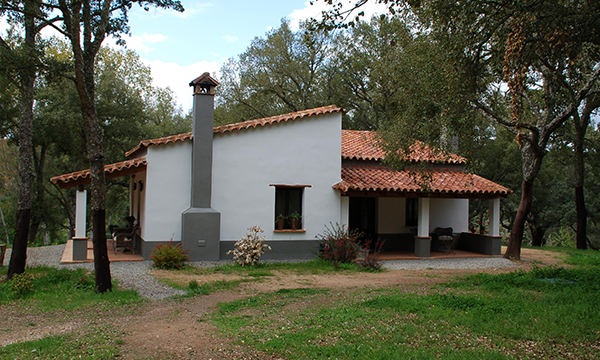 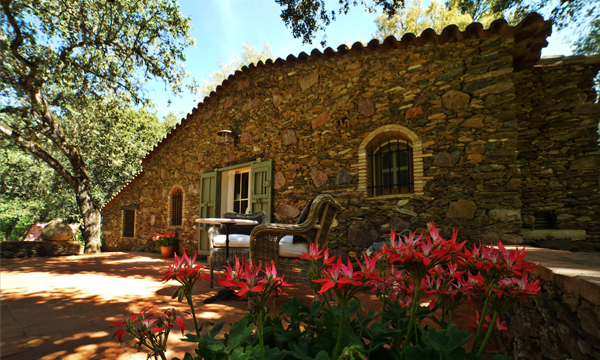